Lufthansa announced changes to their award chart effective May 9, 2019. Most routes are increasing in price, so use your Miles & More points before then. Here is the new chart for travel starting May 9, 2019.

Points Calculator: Lufthansa has a nice points calculator where you can enter where you are starting and where you are going to find the number of points required for an award.

One-Ways: You can book one-way awards on Lufthansa, but not on Star Alliance partners.

Region Definitions: Chart is below.

Fees: Rebooking or canceling is 50 Euros.

Economy Promotions: Lufthansa has “Mileage Bargains.” Most of the time it will be for economy class from the United States. Select your departure country from the drop-down menu. Most of the time it is Economy to Europe for 30,000 round trip instead of 60,000. However, for an $800 cash flight, $400 of that will be taxes and fees. Therefore, I would probably avoid.

Lufthansa First Class– Lufthansa allows you to book their first class 361 days from departure. Partners can only book within 14 days. However, look out for large fuel surcharges.

Japan/South East Asia/Australia/Oceania– These flights are very reasonable if you can avoid transiting through a third region.

Within Oceania–  Flying from Australia or New Zealand to the small islands in “Oceania” can be quite expensive. You can fly those flights for only 30,000 points round trip in economy class and 55,000 points in business class. 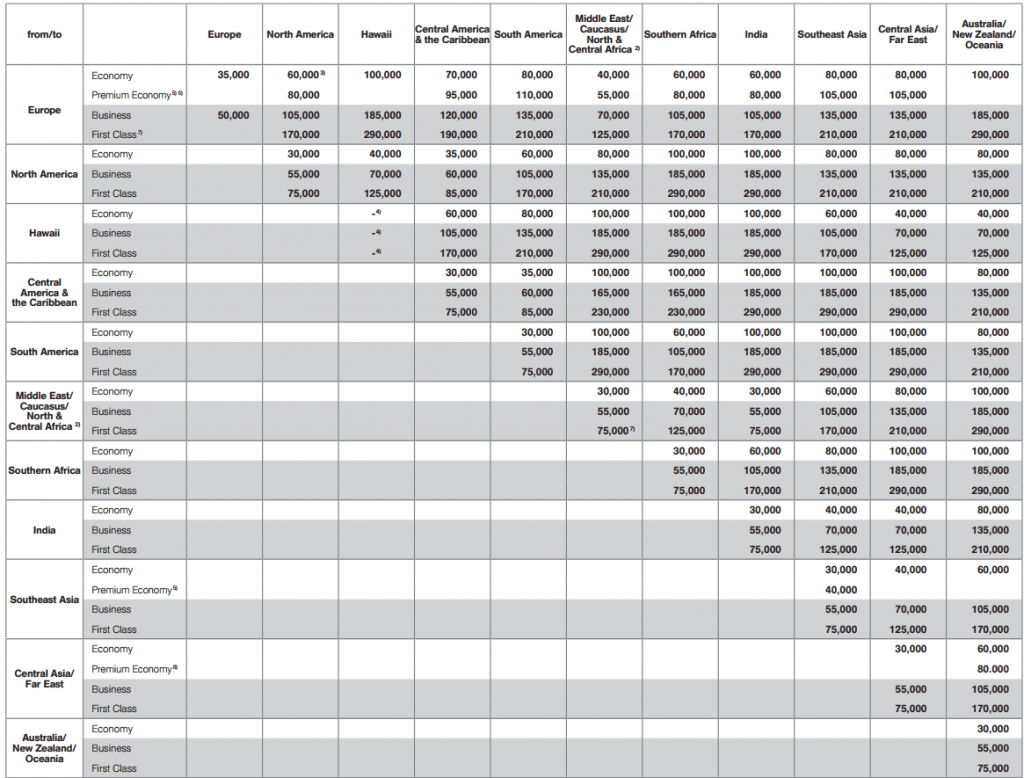 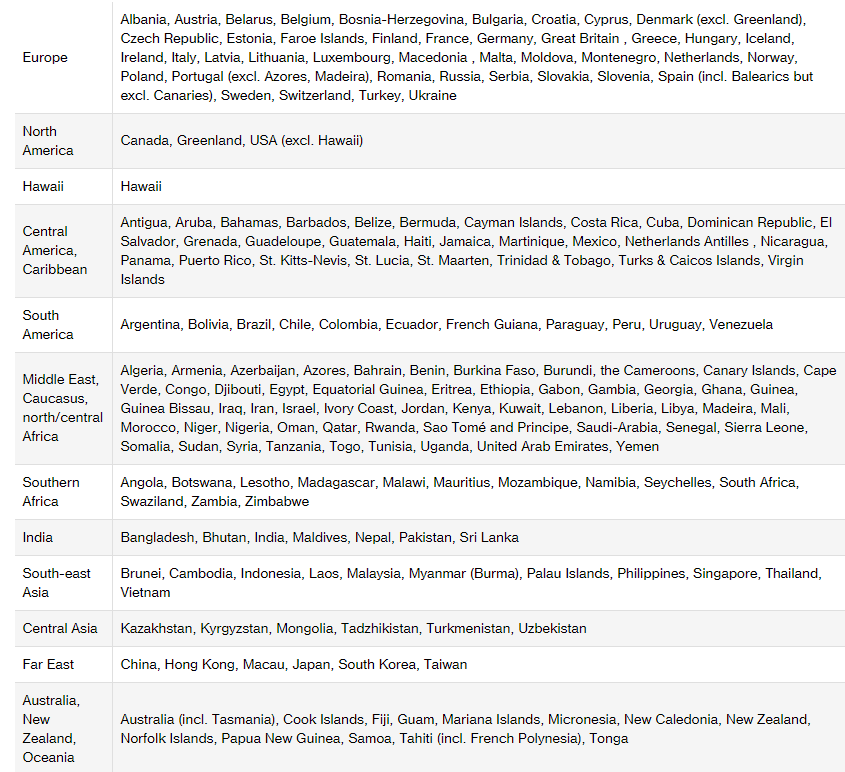 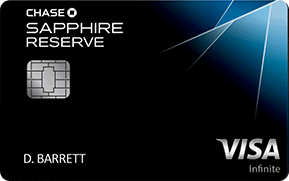