Airlines That You Can Fly Using JAL Miles

With these partners, eight flight segments are allowed with seven stopovers and two segments inside of Japan. You can transit through a city a maximum of three times with one time being a stopover. One open-jaw is allowed and the origin and destination may be in different countries. However, you cannot backtrack on your flights.

With these partners, you cannot mix airlines for partner awards. You can do a total of 3 stops longer than 24 hours, but your destination is considered one. Six segments are allowed per ticket, but you can only do two with Korean Air and four with China Eastern.

Fuel Surcharges: JAL provides an example list of fuel surcharges, which is below. If you want to high surcharges, book on Qatar, Air France, LATAM, Cathay Pacific, or American Airlines.

Open-Jaws– Allowed if they are in the same region.

One-ways: Allowed. 50% of the cost for JAL chart and the other chart is based on distance flown.

Backtracking: Not allowed unless inside Japan.

Reservations: Between 330 and 4 days of departure.

Changes to Award Routing: Requires cancellation, deposit, and rebooking. Changes to date or flight number are allowed for the difference in taxes and fees.

Booking for 2 or More People: You must be related by blood or marriage. This is a standard rule for Asian airlines.

JAL has three award charts. One for flying on JAL, which is based on where you are located and where you want to fly. The other award charts are for their OneWorld Alliance Members and other partners and based on the distance you fly.

The chart below is for roundtrip travel. For one-way flights, divide by 2. 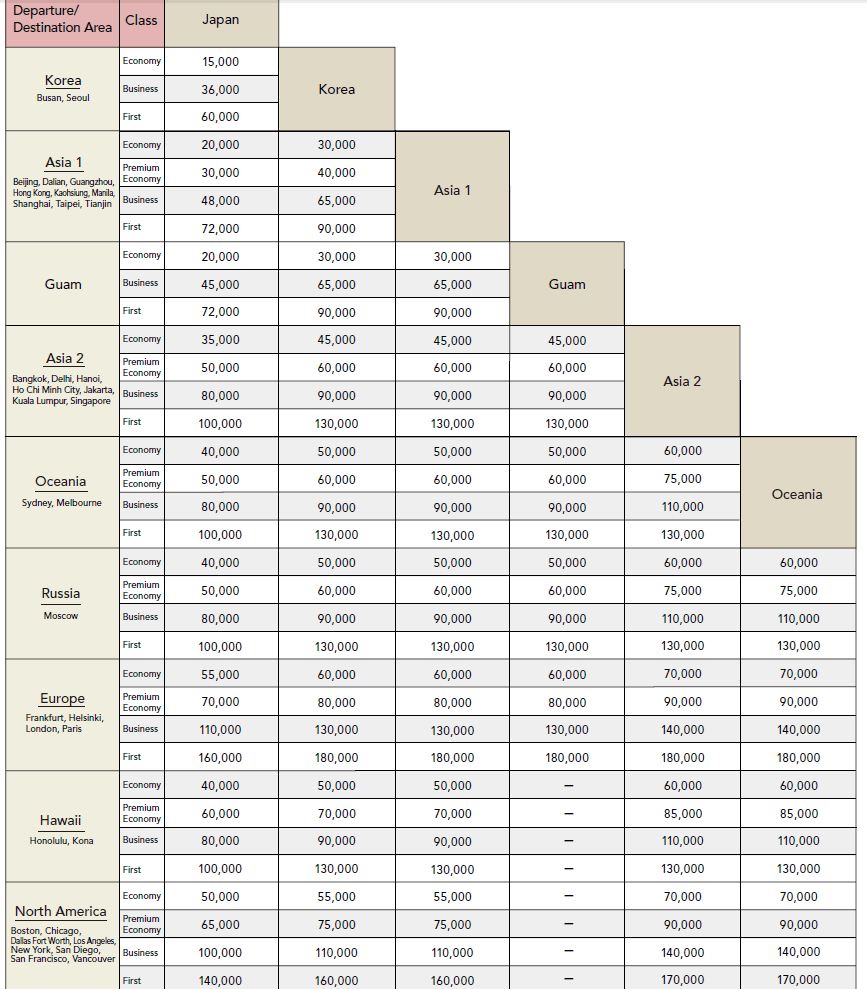 You can calculate the distance using their calculator. 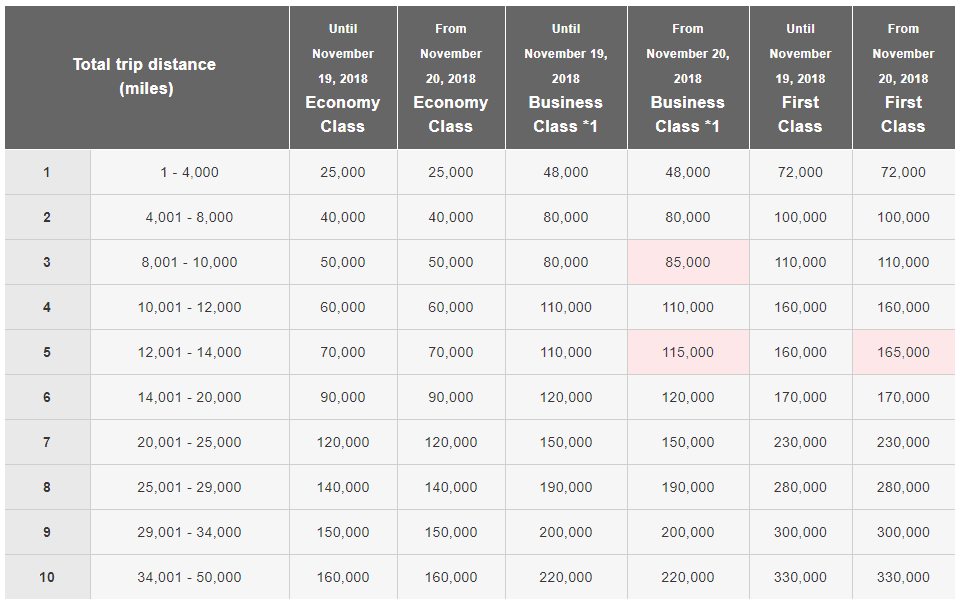 For this chart, you are limited to eight segments. If you find all direct flight, you can get up to seven stopovers. You are only allowed one-open jaw. You can only have one stopover in the same city, but you go through that city up to three times.

You can use their calculator to calculate the distance flown.

Below are examples of Fuel Surcharges according to JAL. To reduce or eliminate fuel surcharges, consider starting your award in Australia, Brazil, Hong Kong, Israel, Japan, Phillippines, South Korea, and Thailand.