Iberia has a distance-based award program. The longer the route, the more Iberia Avios are required to redeem an award.

You can use Avios to fly on the following airlines:

For partner airlines, awards are priced based on total distance flown for the entire one-way trip. (British Airways prices based on distance, but per segment). Iberia prices their own flights based on “bands,” which are defined below.

Taxes and Fees- Iberia charges less taxes and fees for Iberia/British Airways/American (to Europe) operated flights than British Airways. Therefore, if you have British Airways Avios and want to book an those flights, price out the options using British Airways and Iberia’s award system. If one program is cheaper, you can transfer points between the programs.

Off-Peak Dates: Iberia lists a calendar online. Generally, peak dates are the end of June, all of July, all of August, and a few days around the holidays.

Booking– Most partners can be booked online, except Japan Airlines, Meridiana, Malaysia, Royal Air Maroc, and TACA. For those partners, call 1-800-772-4642.

One-Ways: One-Ways allowed on Iberia flights, but OneWorld awards must be booked for round trips.

Sweet Spots: Chicago/Boston/New York to Madrid for 34,000 points during the off-peak season, however, you will likely pay about $470 in fuel surcharges.

Stopovers: You can only do free stopovers for partner airlines. If you wanted to a stopover with Iberia, you would need to for each segment.

For flights on Iberia, you can also use their Avios calculator. 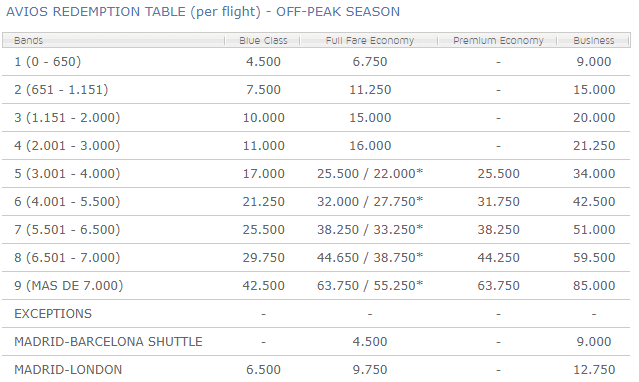 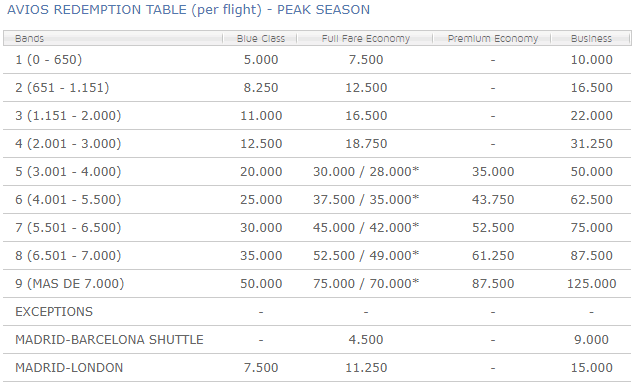 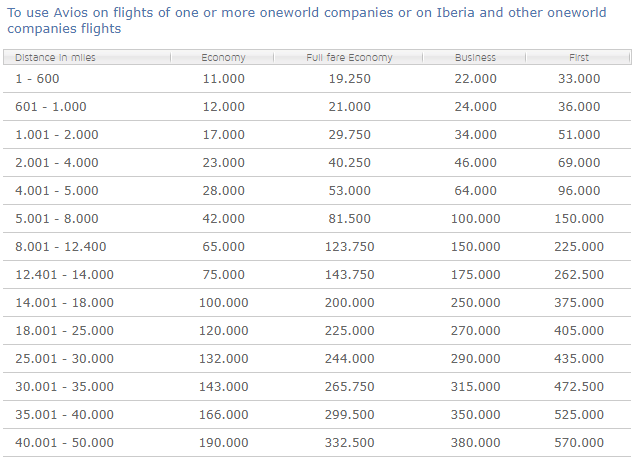 LEVEL is an ultra-low-cost carrier owned by Iberia. 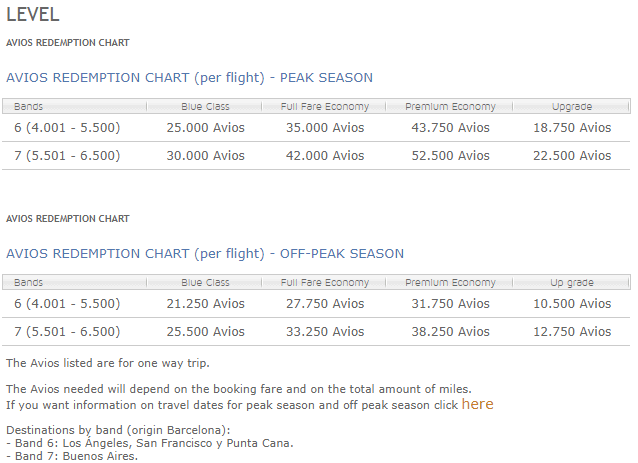