Airlines You Can Fly On

Partner Rules: There are two charts at the below that detail the different rules different partners (e.g., some allow one-ways, some using the mixed-carrier chart whereas some use the OneWorld multi-carrier chart, etc.)

Rules for All Awards

Booking Online: Only Cathay Pacific, Cathay Dragon, Alaska Airlines, British Airways, Finnair, Iberia Airlines, Qantas Airways, and Qatar Airways can be booked online via the Asia Miles award system. For all other airlines, you have to fill out an award questionnaire or call 1-866-892-2598 (better option)

Fuel Surcharges: Cathay passes on partner’s surcharges, but most of the time they are less than the partner’s actual fuel surcharges. There are no or low surcharges on Aer Lingus, Alaska, American, Cathay Pacific/Dragon, LATAM, and Qantas (only if departing Australia). There are less surcharges on British Airways flights compared to using American Airlines points or Avios.

Phone Number: 1-866-892-2598 (the phone agents are generally not the greatest. The award system is overly complicated, so even the supervisors of the phone agents sometimes don’t understand how the Asia Miles program works).

Distance- You can calculate the distance of your flights including any connections using GCMap.com. Then use this number to compare it to the corresponding distance on the charts below.

The U.S. and Canada Penalty- Cathay Pacific does one thing that I really hate, which is to charge 5,000 points extra under the “Long-Type 2” heading for the origin, destination, or turnaround point for any city in the U.S. or Canada.

Translation of the Distance Chart 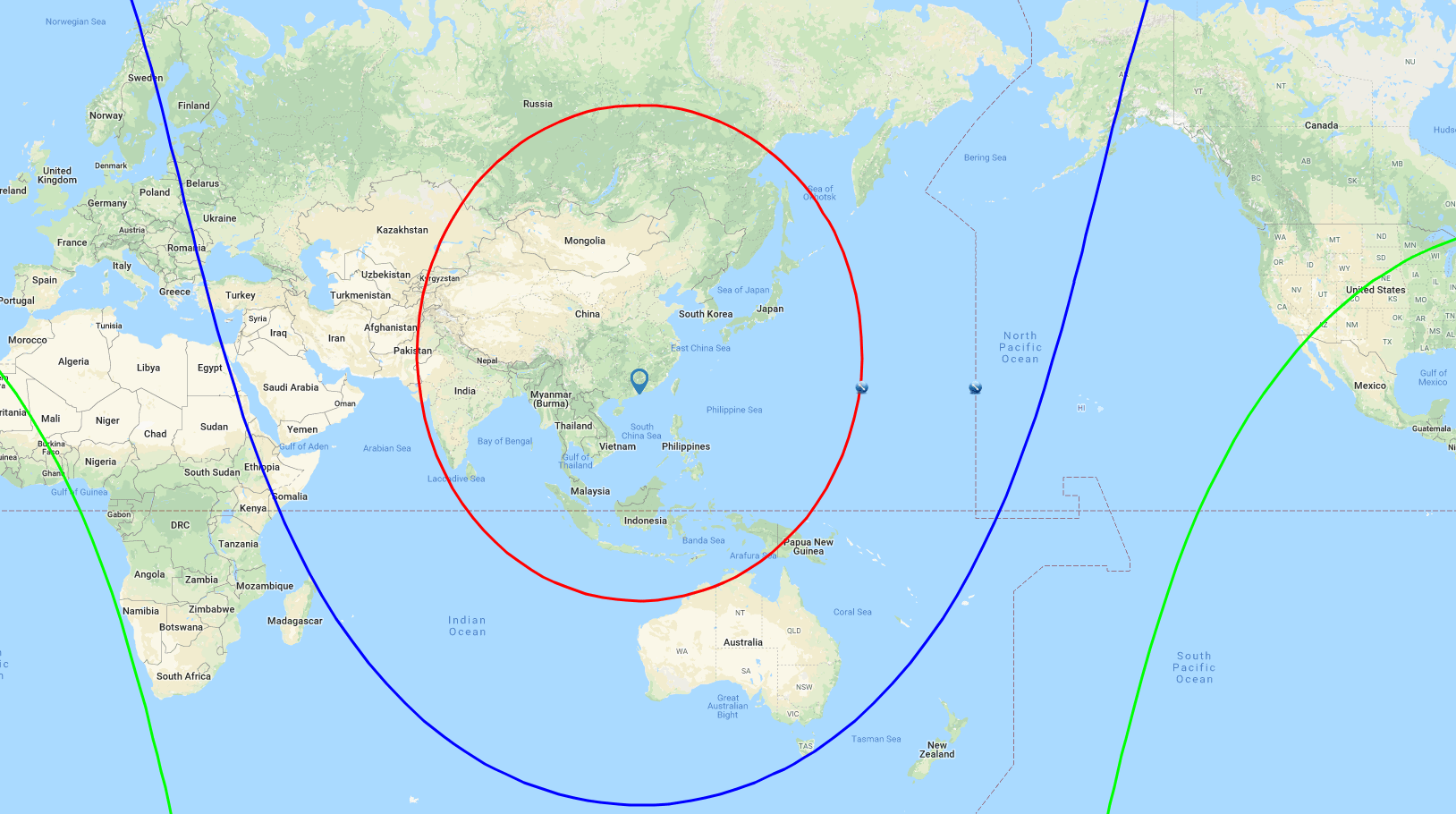 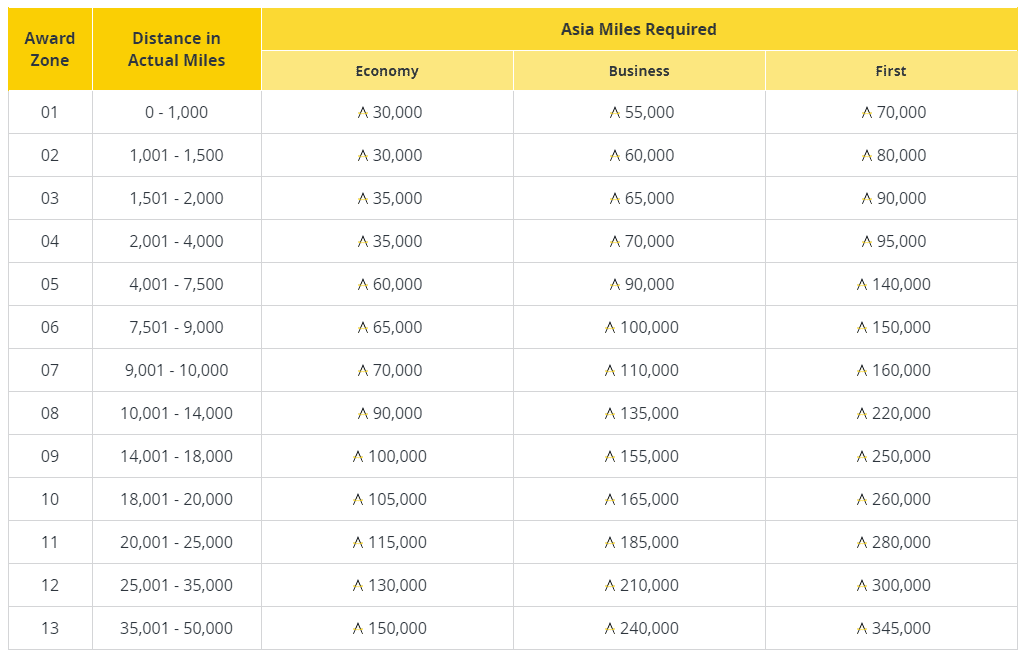 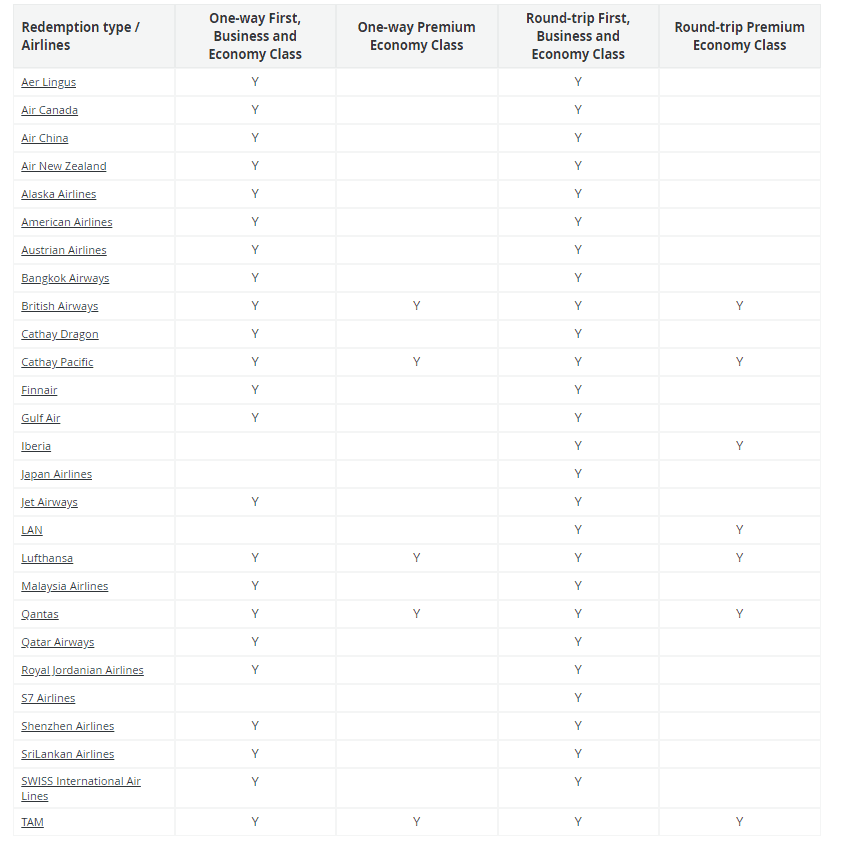 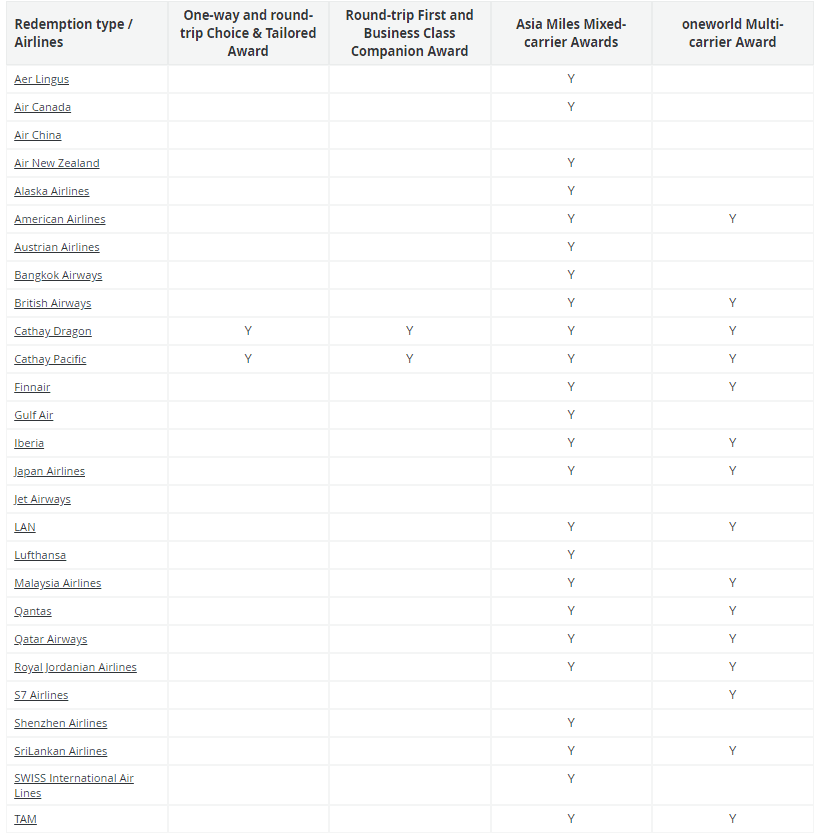 Must book a flight within F, A (First Class) or J, C, D, I (Business Class). Not valid on mixed-carrier bookings.