Best Ways to Use Aeroplan Miles for Maximum Value

Air Canada’s Aeroplan points program has generous routing rules so that you can book a great award with stopovers on many Star Alliance partners. Aeroplan is a good option if you want to fly Turkish, United, or SWISS to Europe for only 110,000 to 115,000 points from the U.S. and Canada in business class.

The full chart is at the bottom of this page. You can fly roundtrip to or from several provinces in Canada to other Canadian cities and select U.S. states for 15,000 points in economy, 20,000 points in premium economy, and 30,000 points in business class. (e.g. you could fly from St. Louis to Toronto for 15,000 points roundtrip in economy plus $152 due to fuel surcharges and taxes. Cash price for the flight is $493, which comes out to 2.3 cents per point.) Due to the fuel surcharges, I would only book this award if the cash price of similar flights is above $400. However, above that level, it’s a good deal for economy class.

Round the World Award

Airline Partners That You Can Fly On

Cathay Pacific (select short-haul routes), Cathay Dragon, GOL, Air Creebec, Bearskin Airlines, Canadian North, and First Air. For these partners, you may have to book via phone at 800-361-5373.

Stopovers between Continental U.S. and Canada

Only one stopover or one open-jaw is allowed within Canada or between Canada and the Continental United States.

Stopovers between U.S./Canada and Hawaii/Caribbean/Central America

Open-Jaws must be in the same zone. There are three zones: Area 1 (North America, Caribbean, Central America, and South America), Zone 2 (Europe, Middle East, and Africa), and Area 3 (Oceania, Asia, and Indian subcontinent)

Aeroplan’s search engine can be unreliable and sometimes won’t show some award space. If you can’t find the award space you are looking for, try using United.com or Expert Flyer.

Aeroplan does not give a discount for mixed cabins (e.g., booking a business class award, but one segment is in economy). However, if you are booked into economy and an award seat opens up in business class, you can call Aeroplan to be upgraded at no cost.

Aeroplan’s Mini Round the World award is a great award if you want to stop in multiple cities or want to visit multiple continents. The number of points required is the largest number of points for the regions you visit (e.g. if you visit Europe (110k for business) and Asia (150k), it would cost 150k points. 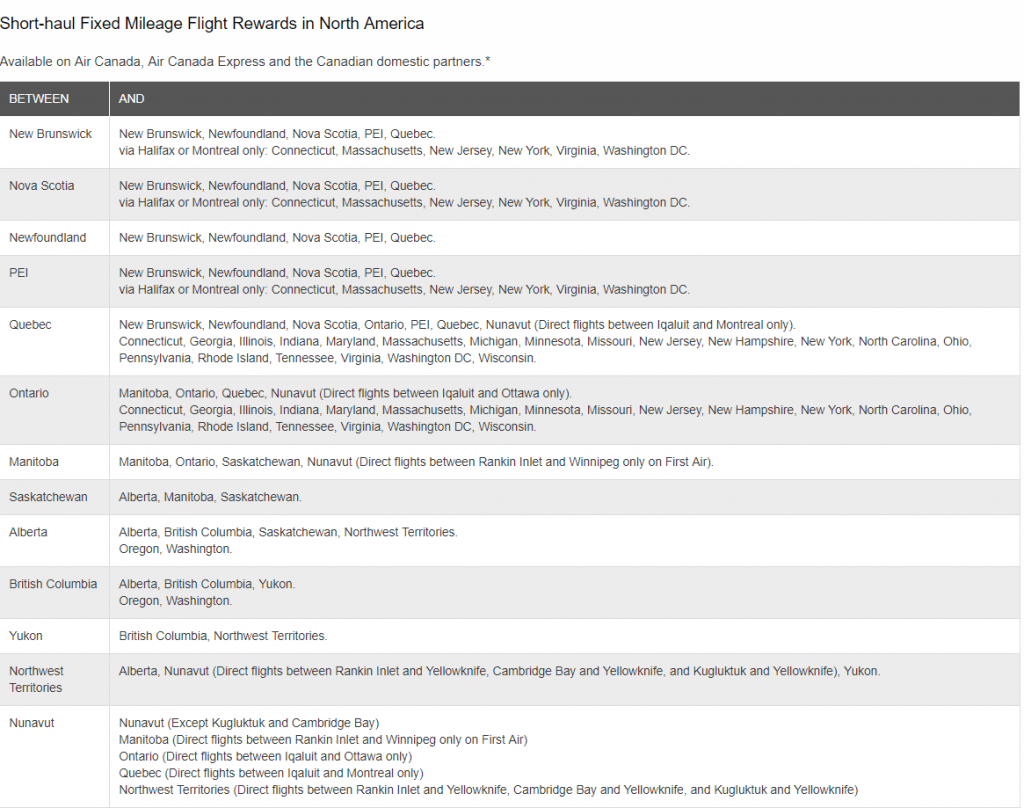