Using Points: Aegean’s award chart is below. However, Aegean passes on must fuel surcharges, so target low fuel surcharge partner airlines. Additionally, you can only search award availability if you have enough points in your account for a ticket you want. Therefore, you should search with United, Air Canada, or ANA’s systems to search award space and call before you transfer any Marriott points.

Award Sweet Spots (pricing below as roundtrip; one-way is half the cost)

Layovers- You are only allowed one layover per direction. This can potentially limit some of your routings.

Online Search- Aegean now allows you to book Star Alliance awards online. However, you need the miles required to see the potential awards and the system will produce an error if one of the flights could be flown on Aegean (e.g., you are flying to or through Greece)

The number of points is for roundtrip travel. For one-way travel, divide by two. Y equals economy, C equals business class, and F equals first class. Stopovers are not allowed. 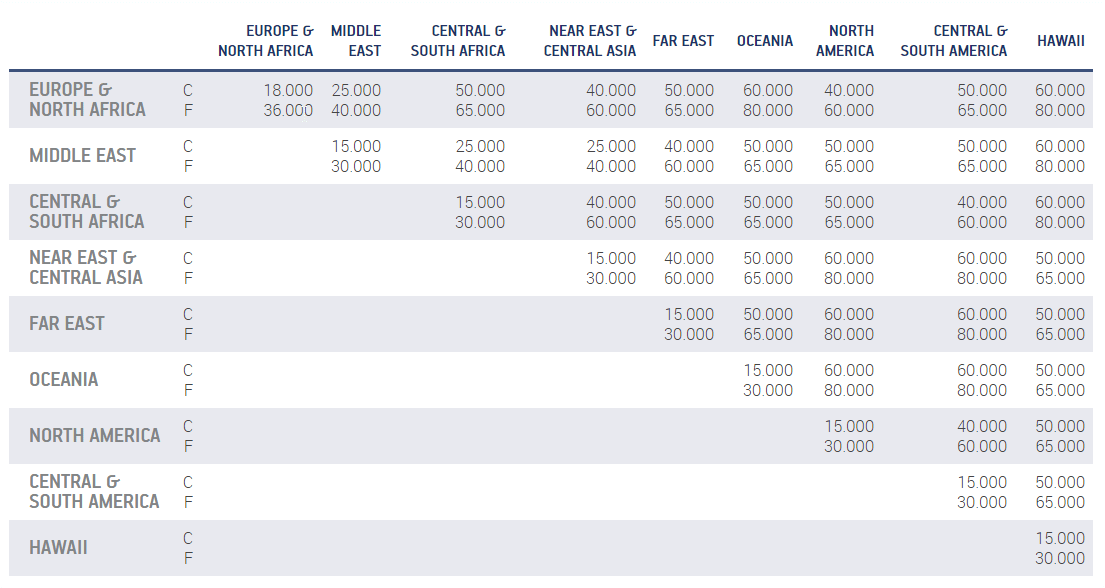