London-Heathrow already has four other Plaza Premium lounges on Priority Pass. This newest one will be in Terminal 3 before security in the arrivals area and features several shower rooms.

The Cebu Plaza Premium Lounge is in Terminal 1 on the arrivals level after security. The lounge is 3,000 square feet and also features showers. 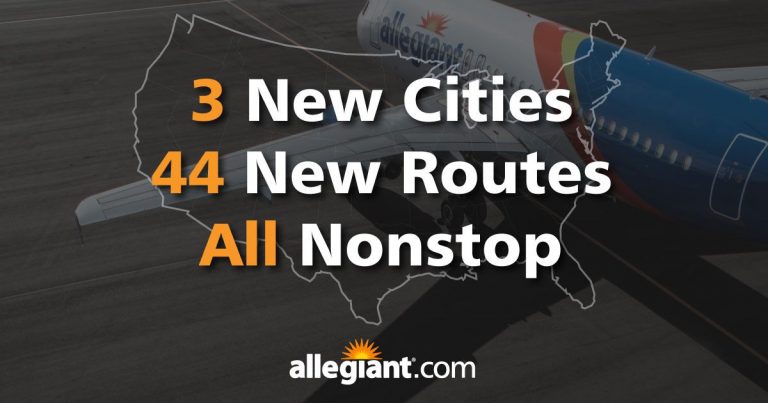 Allegiant Airlines announced that they are adding 3 new cities and 44 non-stop routes in the largest expansion in company history. Allegiant is also starting service for the first time at three airports: Chicago-Midway, Boston, and Houston-Hobby.

I’ve been impressed with Allegiant’s new business model of operating an all Airbus fleet instead of operating very old McDonnell Douglas planes that were unreliable and felt unsafe.

I regularly fly Allegiant’s longest route Cincinnati to Los Angeles, which is very reasonable for about $75-100 one-way plus $25 for an exit row seat. In my opinion, Allegiant is a way better experience than flying United if you grab one of their extra legroom seats.

Here are the routes that Allegiant added:

According to Bloomberg, Lion Air considered putting its pilots through simulator training before flying the 737MAX, but Boeing convinced Lion Air that is was unnecessary.  The next year, a Lion Air 737 Max crashed into the Java Sea killing 189 people.

One of the selling points of the MAX was that it didn’t require costly simulator training for pilots familiar with the Boeing 737. All the pilots needed was a brief computer course.

One employee wrote: “Now friggin Lion Air might need a sim to fly the MAX, and maybe because of their own stupidity. I’m scrambling trying to figure out how to unscrew this now! idiots.”

Another employee responded: “WHAT THE F%$&!!!! But their sister airline [Malindo Air] is already flying it!”

A Boeing pilot also wrote in another email: “I am concerned that if [redacted] chooses to require a Max simulator for its pilots beyond what all other regulators are requiring that it will be creating a difficult and unnecessary training burden for your airline, as well as potentially establish a precedent in your region for other Max customers.”

However, it is unclear whether simulator training would have prevented a crash since Boeing also failed to inform pilots about the MCAS system that caused both 737MAX crashes.